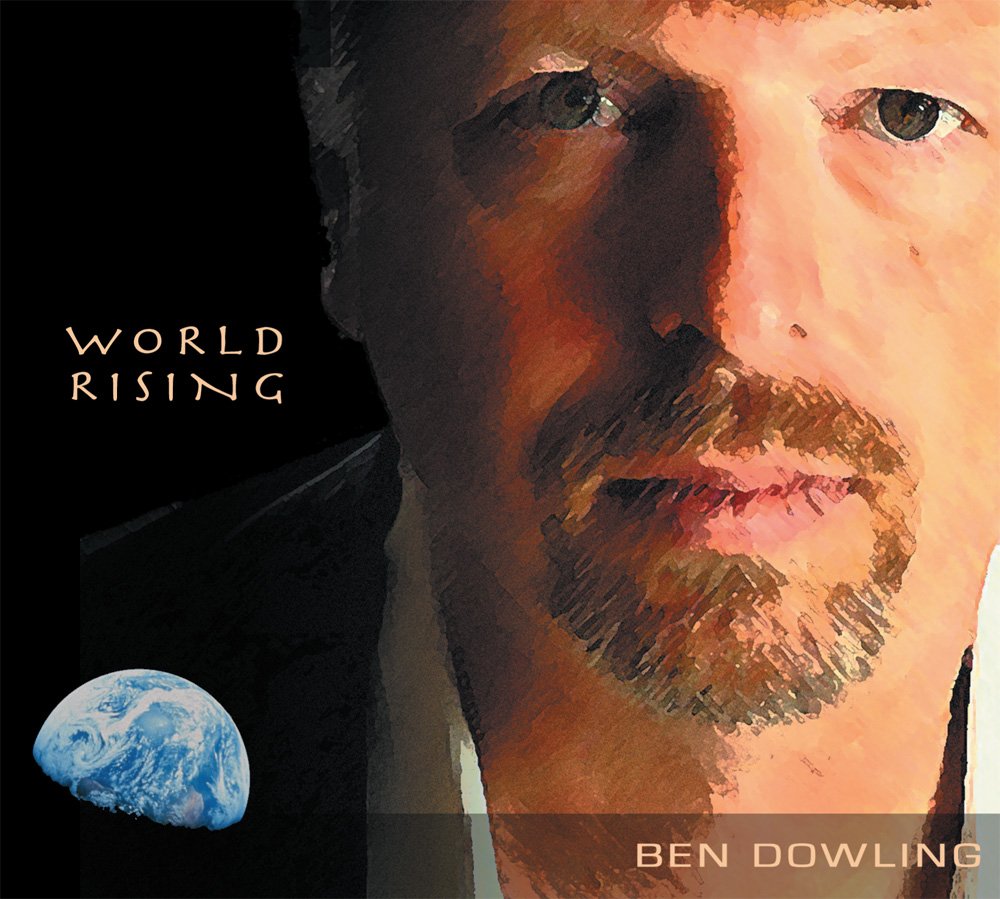 WORLD RISING: A GROOVE TOO FAR THE SOUND OF A NEW WORLD RISING - WITH ECHOES OF THE PAST July 20, 2009 (Sherman Oaks, CA) - World Rising, to be released by Visionsound on August 11, is an innovative and vibrant jazz project from keyboardist Ben Dowling featuring a cast of famous friends from the jazz, funk and world music spheres. A gifted pianist with solid straight ahead jazz, funk and even contemporary-classical credentials, he was a student of Third-Stream advocate Ran Blake at New England Conservatory, a protoge of pianist/composer/jazz-educator Calvin Jackson and shares recording, writing, programming and/or touring credits with Earth, Wind amp; Fire's Al McKay, Jon Anderson, Don Henley, Yellowjackets, Tom Coster and Freddy Hubbard. A leading light in the field of synthesizer programming, he has created sounds for Korg Ramp;D, Weather Report s Joe Zawinul, Madonna and the late Michael Jackson. Dowling has focused his most recent project World Rising on a Miles-inspired fusion of jazz, world and funk. Clearly influenced by 70 s-era Zawinul and Herbie Hancock, he has invited an eclectic array of musicians including smooth jazz sensation Mindi Abair, saxophonist Bob Sheppard, master drummer Will Kennedy and Indian tabla player Satnam Ramgotra to create a modal, percussion-rich offering that is as compelling as it is new. Overlaying infectious grooves with piano, keys and horn ensemble ala vintage Hancock, World Rising is a world influenced groove-fest that is funky, ethnic and musically refreshing. As a pianist, Dowling ranges from an almost Chopin-like touch to relentlessly funky, with none of the flashy grandstanding one might expect from a solo keyboard artist. In so doing, World Rising holds together as a strong ensemble approach to improvised music with brilliant production and an expansive musical focus. Hard edged, four on the floor dance tempos contrast beautifully with Brazilian-inspired compositions reminiscent of Ivan Lins. "The Calling" and title track World Rising exemplify the polyrhythmic world-funk approach, combining furious percussion and long meter ensemble sections. "Spirit Dance" is a touch of smooth, with saxophonist Mindi Abair turning it out in her featured performance. Dowling's sole lyrical vehicle "Love Embraces All" is an innovative approach to harmonic-loop-based soul fused with a Steely Dan horn-ensemble sensibility. Originally written for the late Carl Anderson (Weather Report), the song represents a refreshing new direction in crossover Jazz Ramp;B and introduces Dowling's unique vocal texture to the mix. Also featured is a formerly unreleased track, "Starting Over" with percussionist Luis Conte and trumpeter Jeff Beal in a brilliant vocal duet between Anderson and former Madonna vocalist Niki Haris. World Rising delivers an inspired approach to new jazz music with a depth of harmony, sophisticated melody and relentless rhythmic drive integrated in a compelling and authentic new direction. Dowling's playing is superb, understated and tasteful, demonstrating that this is one artist with a unique point of view and the chops to pull it off. "I m committed to making records that push new directions that technology and culture make possible, but that are musically honest, draw inspiration from the moment and speak from the heart, he says. World Rising is my first jazz release to honor the tradition that has impacted me so profoundly, as we move together into the new and vital music to come."

Twenty years after 9/11, the jihadist landscape has gotten a lot murkier.

After a hot vax summer that wasn’t, it’s clearer than ever that there will be no easy end to the pandemic.

Becoming president has brought Biden into direct conflict with conservative Catholics on the most polarizing issue of the moment: Abortion.

In the series, everyone plays a role in harassment and abuse — the president and his secretary alike. And is it harassment?

What Bryant Neal Viñas can teach us about the lessons from Afghanistan the U.S. still hasn’t learned.

The Supreme Court case this week wasn’t about Roe or Casey. But that doesn’t mean we can’t learn from it.

The criticism of Biden’s Afghanistan withdrawal ignores the reality on the ground.

Progressive activists are challenging “tough on crime” judges in a place they have long avoided: the voting booth.

Most Americans support abortion rights. But an attack on Roe v. Wade may not bring a surge of voters to the polls.

The law is clear: Parents are not free to put their children in harm’s way.

Opinion by Kyle B. Brothers, Ellen Wright Clayton and Mark A. Rothstein

The idealistic presidential candidate was on the verge of seizing control of the 1968 race just as Sirhan Sirhan’s bullet struck.

The Biden administration is trying to remain true to the president’s campaign promises on immigration while abiding by a federal court order.

For European Union, Afghanistan is now a 4-letter word

The debacle has exposed severe European failings on multiple fronts — but no agreement on how to fix them.

The committee chair and vice chair called out McCarthy’s “misinformation campaign” in a joint statement.

Everything you need to know about the California recall

Republicans are hoping to rekindle the spirit of 2003 to oust Gov. Gavin Newsom.

The booster plan has caused turmoil within FDA and among public health experts.

By Sarah Owermohle and Erin Banco

The man who called himself “QAnon Shaman” has been jailed for nearly eight months since his arrest.

By Connor O’Brien and Paul McLeary

By Nicholas Wu and Heather Caygle

By Alex Thompson and Christopher Cadelago

Floods and fires and wars, oh my!

180 seconds: Politicians sound off on the Texas abortion ban

‘A Private Matter’: Joe Biden’s Very Public Clash With His Own Church

The U.S. ground war in Afghanistan is over. Now it’s the Navy’s turn.

Exclusive news, intelligence and tools for professionals on the front lines of policy. Learn more »